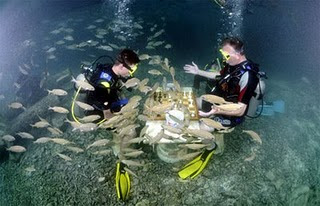 Backgammon Wrestling or Tiddlywinks Kickboxing. There are, however, a couple of relatively undiscovered combinations of Chess and Watersports.
First up is Scuba Chess.
Not that far removed from a normal game of chess except you play with lead weighted pieces and the time to complete the game is limited by the capacity of your air tank.

Then there is Aqua Chess - a more novel approach to the art of sports combining.

Both players stand in the water at one end of a swimming pool with a chess board on the edge. The first player makes their opening move then sets off down the pool. When they are exactly at the other end then their opponent makes a move and sets off swimming too. Player one has now returned to the board and has to make his second move – quickly – because if they are caught in the pool then they lose. Players win either by winning the chess match or by catching up with the other player in the pool. A game both physically and mentally exhausting. It is important that both players should be evenly matched swimmers to make the game as interesting as possible.

Whistle for Your Nipple

After the last post concerning the violent playground game of Jam Sandwiches Strange Games has been inundated by an e-mail. The correspondence, from Steve 'Jumper' Brand, 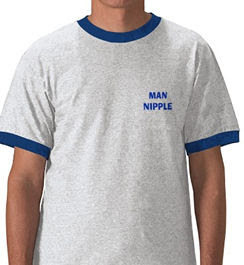 concerns a tortuous playground game presumably only played by boys. Steve writes:
Whistle For Your Nipple is a pointless schoolyard torture game that has almost no elements that make up a normal game but one big one that relates to pain. One player/joker stealthily approaches their victim, grasps their nipple through their school shirt and shouts out, “Whistle for you nipple”. The idea, if it can even be called that, is that the victim must put their lips together and whistle and as soon as they manage to do this then the attacker will relent in their vice-like finger grip of their sensitive body part. Obviously it is very hard, if not impossible, to whistle whilst someone is doing this to you (try it now if you don't believe me) and so the game often ends with confusion swiftly followed by a scream of startled pain, and then a fight.

If you've played something more stupid than this then e-mail:montegue_blister@hotmail.co.uk