There is only one Pass the Parcel, one Musical Chairs and one Walking Trippy...but there are two strange games called Big Brother! Both are marvellously violent games. I am indebted to Pat More (Turkish Strange Game Correspondent) for the following description.

Another bizarre party game from Randy Linebacker (North American Strange Gamer). Sniper seems like a bizarre marriage of apple bobbing and hula hoop dancing. An apple is tied to

a length of string (2 or 3 feet works well) and this is then attached to a belt. A non-player then holds up a plank through which a long nail (or group of nails) has been hammered at waist height. Players then take it in turns to wear the belt and by spinning around they try to impale the apple upon the nail.

There are two schools of thought on effective techniques for this game: there are the players who try to line up the nail and apple then fire the apple with a Shakira-like flick of the hips. And then there are the 'whirling dervishes'...spinning frantically around, the apple a crazed satellite. The player who impales their apple in the quickest time is the winner.

You have a floor covered with lots of tennis balls, teams paired up and ready to go yet the game Landmines, although tasteless, has paradoxically lost some of it's flavour...what you need to play is 'Scuds and Patriots'. I am indebted to Randy Linebacker (North American Strange Games correspondent) for details of this game.
As in Landmines, scatter as many tennis balls as possible over the floor - a large room or hall is ideal. Now team players up in twos and blindfold one player from each pair. Two teams play at once. One blindfolded player, the 'Scud' starts from one side of the room and as before must try to navigate to the opposite end without stepping on tennis balls and aided by the shouted directions of his team mate. The other team's blindfolded player, the 'Patriot', is positioned on a side wall, halfway down the room. Once the 'Scud' has traversed a third or so of the way, the 'Patriot' is released. His aim, again guided by his own partner and again avoiding stepping on balls, is to make contact with the 'Scud' and in doing so win the game. If the 'Scud' reaches the far wall then that team wins. If either player steps on a ball then they have to remain still for the count of five. Non-playing partygoers are free to provide any sound affects they deem appropriate.

Landmines is a modern name for a game which I used to know as Battle of the Atlantic or Minesweepers.

A largish clear space is needed for the best game. In this space scatter as many tennis balls as possible - the game works best if the floor has a good covering of them. Players are paired up - one is blindfolded. The seeing player must then navigate his partner ("ship") from one side of the room to the other, through the barrage of mines, using shouted directions only. Teams take it in turn and times are recorded. If a "ship" touches a "mine" then the watching players shout BANG and the team have a time penalty added. If the "ship" touches 5 mines then it is sunk. Fastest team wins. 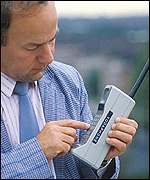 taken so long before someone decided to throw it competitively.
The UK championship (held in August at Tooting Bec athletic track) has been running for two years and was set up to promote phone recycling. Current UK records are a phenomenal 92.3m (Chris Hughff) and 53.52m (Jan Singleton) in the woman's event.
Other European countries now seriously taking part in the sport include Germany, Holland, Denmark and even Ukraine
The Mobile phone throwing World championship however is held annually in Savonlinna, Finland. The current world record is 94.97m set in 2005.
Love you music, throw your Nokia

If someone says to you, "Let's play Big Brother" then you will probably imagine a game that involves sitting around on sofas in a minimalist house, 'bitching' about other players and

arguing over shopping lists. If you are nearer to my age then you will imagine a game involving a perspex helmet and a rat.
Fortunately Big Brother is none of these but is a 1950's playground tag variant that deserves a second life.
Two players are chosen to stand in the middle - "big brother" and "little brother". It is "bigs" job to protect "little". All the other players stand around these two and try to torment and tease "little brother" by pushing, pinching and slapping him. If "big brother" manages to touch one of the attacking tormentors then that player becomes the new "big" and chooses a new "small". "Little Brother" can not tag anyone and hence his role in the game is not perhaps the most enjoyable.

It's not often that you can play a party game that is highly competitive, exhausting and unhygienic all at once. Jelly Face is one such game. 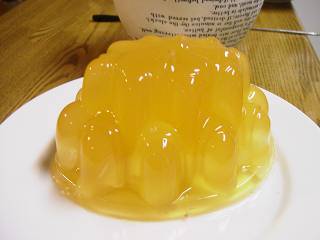 For two players, get a perspex tube - ideally this should be about 10 inches in length and 2 in diameter. Place inside, in the centre, a large dollop of party jelly. Keeping the perspex tube level the competitors then place one end of the tube to their mouths. And blow. And keep blowing until either the jelly touches the loser's mouth or a player crumbles from exhaustion.
A great game for spectators but maybe not one to be played by asthmatics with jelly allergies.