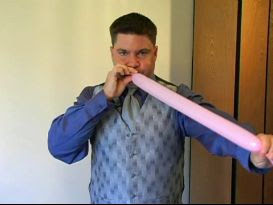 Elsie writes, "To play you are going to need a balloon that makes a whistling noise when you fire it (one each for every person playing)
You could use normal balloons, but it's not as fun and loud! Make sure they are the long and thin ones!
Each player, (minimum of 3) takes a balloon and blows it up as much as they can. The players then stand in a circle with the balloon aimed at the person on their left. On the count of three, everyone lets go of their balloons.
Your job now is to catch the balloon whistling towards you from your right before the air runs out. Anyone that fails to catch the balloon is out. Players keep blowing up their balloons and firing untill there is only one player left. This player is the Whistling Balloon King for the rest of the day and the other players who failed to catch their balloons and lost are slaves to the King all day!"

If you play something strange then don't keep it to yourself send it to me montegue_blister@hotmail.co.uk.
at 2:16 PM No comments: 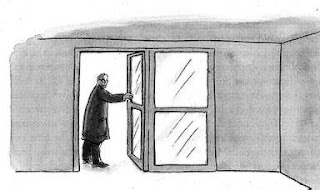 (inventor of the brilliant game Hat Ball) entitled Games that Other People Don't Know They Are Playing brings to my attention the Passive Aggressive Door Holding Game.
First featured in a cartoon on passive aggressive notes.com the game is an ideal office game that is as simple as it is cruel.
As you open the door to enter somewhere keep it open for the person behind - as long as they are a considerable distance behind as this will force them to think they will appear ungrateful if they don't rush to accept. The door opener who can get this runner to run from the greatest distance away is declared the winner. Simple....and it works with lifts too.
at 7:28 PM 1 comment: 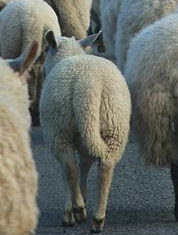 family members here...). He feels that they may be dangerous and possibly cause harm to participants and therefore should not be encouraged in any way. So we have decided to give him the honour of a brand new game thought up by myself and Mrs Blister after a couple of glasses of Palma Sherry. The game is called Sheep.
For two or more players in a small closed room. First make sure there are no obstacles in the room. If any irremovable object has any form of edge then smooth it off. If possible pad the walls so that they are as soft as possible (a cheap padding can easily be achieved with unwanted copies of Liberal Party manifestos) Now cover each player in layer upon layer of cotton wool until no possible harm can come to them under any circumstances. If possible the players should be sexually, etnically and demographically as diverse as possible (if this can't be achieved just get two old public school boys) Now...stand the players at opposite ends of the room, blindfold them and have them run towards each other as hard as possible. Many times they will miss and end up carreering into a wall but every so often they will smack headlong into each other. If they want then players can make sheep noises throughout which both adds to the versimilitude and aids location. The last person standing wins. 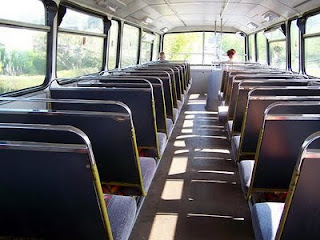 sent in by reader Steve Bancroft. It is both delightfully simple and stupid - two attributes that are necessary for the best strange games. And it is cheap to play too, needing only the purchase of a bus ticket. Steve writes:'The people who are contesting to be bus stop chicken champ sit on the back of the bus. They must all want to get off the bus at the same stop. Then as the bus approaches your stop the last person to get up from their seat wins. Simple. The trouble with this is if you are very good at it you spend most of your time walking back to your stop because you didn't get up at all.' Also, presumably, there will be games where some people chicken out and get off the bus, some leave it too late to chicken out and fail to disembark and also games where there are more than one person that remains sitting. In this last scenario I suppose the game continues to the next stop on the route...the eventual winner having a very long but victorious walk home.
_______________________________________
If you have an odd/stupid/funny game you want to share the email: montegue_blister@hotmail.co.uk. If you want to buy the book about which Mark 'Late Review' Lawson has said, '...both funnier and shorter than War and Peace' then head over to Amazon here
at 9:24 PM No comments: