Spit in the Bottle

Strange Games previous post, the gross bare feet-raisin to mouth game called Raison d'etre prompted reader Bill to email in a game that he played in his childhood that is, if anything, grosser. 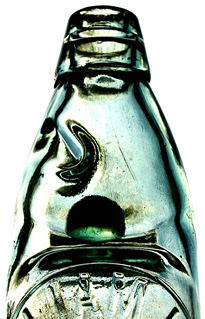 Bill writes, "Dear Strange Games... when I was a kid we played this game that we called Spit in the Bottle. Usually we played two at a time. Each player places a narrow-necked pop bottle on the ground between their feet...and then starting at the same time they attempt to spit saliva and try to get as much as possible into the bottle. Because the opening of the bottle is narrow and the players are standing up its quite difficult to get much in unless you are highly skilled at the game. Often we used to get more on our jumpers than in the bottle. After a set time (a few minutes say) play is halted and the two bottles examined to see who has got the most spit in. And, even cooler, if you want to play a more hard-core version of the game, the loser then has to drink....'
I've cut-off the rest of Bills email because I started to feel queasy...I think you can get the picture of how it continues.
Played something odder/cooler/funnier/stupider...contact strange games: montegue_blister@hotmail.co.uk
at 6:42 PM 1 comment:

Strange Games recently received an email from Findlay Caldwell detailing a bizarre, and frankly quite horrible party game he 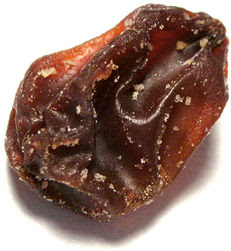 claims to have invented. Called Raisin D'etre for reasons that will become clear - all you need to play are a packet of raisins, paper cups, toothpicks and a strong stomach.
Split partygoers into teams of three who then stand in a line. The person at the front has an empty cup and a plate full of raisins placed on the floor at their feet. On a start command this person then whips off one of their socks and using their bare toes only they try to manoeuvre the raisins from the plate into the cup. Once this is done the next person in the line takes the cup and using the toothpick only feeds the raisins to the third. The team that successfully transports the dried fruit from plate to mouth via foot and toothpick in the shortest time wins. It is the element of bare-footed fruit gathering that truly elevates this game to the status of a party classic. Thanks Findlay.
at 7:33 PM 1 comment:

It's often the case that the simplest (and stupidest) ideas make the best games. Strange Games reader Kate Jacobson contacted us about one such game that she played 'in her collage days' called Sofa Titanic. This is a marvellous game that simulates all the 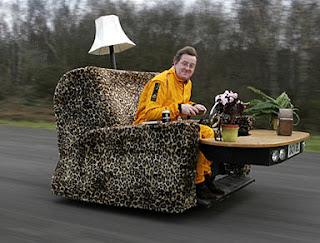 glamour,fear and excitement of being on a luxurious sinking liner but with none of the fear of drowning, and no Celine Dion singing.
"One or two players sit on the end of the sofa. The other players gradually lift the end of the sofa that the people are seated on, until the sofa is completely vertical. As this is happening, the seated player(s) will begin to notice the effects of gravity, and will begin to slide down the sofa with increasing velocity, just like the upending of the Titanic! They can pretend the cushions are ice chunks or other passengers. Usually everyone wants a chance to ride on the Ship of Dreams, so players can alternate positions as desired."
And all you need to play is the room and a suitable sofa - if you don't own one then perhaps visit your local furniture showroom and wait till the shop assistants aren't looking. Thanks Kate.
n.b. strange games tried hard to find an accompanying photo for Sofa Titanic but failed miserably...so instead we plumped for one of Sofa Death Race 2000
at 6:18 PM 2 comments: