A verbose name for a simple game. Three Legged French Blindman's Buff is the perfect party game for children that don't mind the odd bruise or a mild case of concussion and have non-litigious parents.
Simply tie one person's hands together behind their back (the "French Blindman"). The remaining players are paired up and have their adjacent legs bound together (as in a three legged race). The French Blindman now has to try to tag one of the other players and because his hands are bound behind him this necessarily involves plenty of backwards running, spins and twists. Couple his awkward chasing motions with the chaotic scrambling from the three legged men and you have carnage.

If you have ever had the sort of day where every person you have met is slow-witted and maladroit but still feel like playing a game then Dorka * is the game for you. Dorka is one of the most directionless, simple-minded and nugatory games going.
Out of all the players a group of 4 or 5 is chosen to be the 'team'. One of these is chosen to be the 'Dorka' and is given a minute to look at each team members' shoes - the idea being to memorise which shoes belong to which person. The 'Dorka' then has a large upturned bucket placed on his head. This acts (as in the game Bucketheads) as both a disorientating device and a partial blindfold. He will only be able to see a small area of the floor close to himself. The 'Dorka' is then taken to the centre of the room and spun around numerous times until quite dizzy. All other players (both 'team' members and non- team members) scatter randomly around the room and then remain fixed in position. The aim of the game is for the 'Dorka' to find and name all of his 4 team members as quickly as possible using only his limited available vision then a f resh dorka is chosen.
For utter chaos and fun you can try having two teams playing at the same time.

* I believe the origin of the name of this game comes from the Nimadi language and loosely translated Dorka means a person of limited intelligent.

Weird Web:Amazing use of a bucket on head to simulate white out conditions

It's a glorious late Summer's day. At the far side of the lawn Percy the gardener is emptying out the contents of some large clay plant pots onto the compost heap. It's time to play Plant Pot Race - a strange game that requires superb balance, strength and stupidity.
Each player has two large plant pots. By placing these upside down on the ground continuously in front of each other he must traverse a pre-determined course across the lawn. Apart from at the starting line no part of the body must touch the grass - this means one must balance on one pot whilst moving the second.
For even more fun try teams of two players using three pots.

My dearest friend Ethel 'ovenready' Bird has told me of a game that she used to play as a child. The 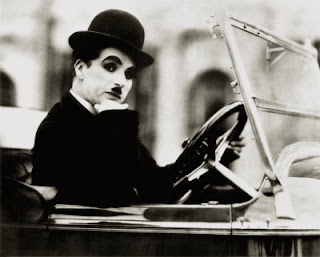 game, she said, always had the players collapsing in undignified heaps of laughter... times were much simpler then. The game is Charlie Chaplin Relay and it's top drawer.
Teams are given a balloon, a bean-bag and a walking stick. A player from each team holds the balloon between their knees, balances the bean-bag on their heads and must complete a predetermined course whilst twirling the walking stick round and round in the manner of Charlie Chaplin. Each player then transfers bean-bag, balloon and stick to the next in the team. First team to complete the course intact wins.

Dragging uncooperative children around supermarkets is hell at the best of times. Heinz and Seek (created by my brother Eustace Blister) is the perfect game guaranteed to keep them entertained all the way from the cheese to the checkout.
Very simply one parent enters the supermaket first and moves an item ( one that is easily recognisable by all players - such as a branded tin of baked beans, packet of crisps, etc). The item must be placed somewhere else in the store, at a reasonable height for the players to find.
Then all the family enter the store and are informed what the product is. Whilst shopping, the players must find the moved item before the checkouts are reached.

Weird Web: Bean bible - everything to do with beans
strange games no.54 STUPID GAMES
at 2:47 PM 1 comment:

I am indebted to my great nephew James 'the chicken' McDonald-Blister for this delightful modern variant of on old game. All that is required are two relatively close trees and a group of 4-12 players.
Players split into two even teams and stand by their chosen tree. The object of the game is for one member of a group to hug their opponents tree and vice versa. However, if you are tagged by a member of the opposing team you are 'out' and play no further part in the game (you can only be tagged if you are nearer to your opponents tree than your own). The game develops into tense stand offs and daring dashes to tree-hug. Continue playing until a tree is hugged - then all players re-enter the game for the next round.