Minute to Win it TV Show: A Game of 1 Half & Knife Throwing with Cards

One of the games they are going to play has been named A Game of One Half (see video below) This is basically a game where you throw playing cards at half watermelon in the hope that some of them remain
embedded in the watermelon flesh.

Throwing cards at fruit appears to be quite a popular past-time if You Tube is anything to go by, with melons, cucumbers, tomatoes and even apples all being used by fruit salad loving card throwers.

However, if you want to play a more hard-core card throwing game I would recommend the playing card version of Knife Throwing. Simply get a willing victim  accomplice to strip off their top and adopt a crucifix position.  Then fire cards at them with the intention that they just miss their body.  Obviously, the occasional mistake adds to the fun. And remember as the video below says,"Please do not try this at home. Cards may look harmless but they leave welts and scars when hit."

As summer arrives and everyone migrates to the nation's beaches to sunbathe and play in the surf, body board and even surf board we at Blister Towers prefer a more unusual sporting activity - Ironing Board Surfing.  Simply borrow one of the servants ironing boards and head for the stairs.  The embedded video from students at Hertfordshire University perfectly demonstrates the thrill to be had from this great sport. 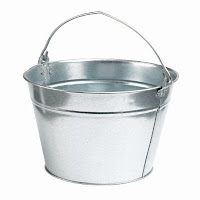 The game works best with smallish teams of two or three players each. Teams take it in turns to have one of their members be the Bucket Boy - this player stands in the centre of a 3m chalk-drawn circle on the floor and uses both hands to hold a plastic bucket on top of their head. The game starts with Bucket Boy's team mates trying to toss as many tennis balls as possible into the bucket - Bucket Boy can aid this by moving around but he must remain inside the circle at all times. Similarly, team-mates must throw the balls from outside the circle. The opposing team however must try to disturb Bucket Boy, getting him to miss balls or even better spill his bucket. They do this by firing any tennis balls they can get at Bucket Boy's body (again, they have to remain outside the circle) You can make a no-headshots rule if you like. Whenever a ball becomes free there is a mad scramble for control of it from both sides. Play for a set time, count the bruises and the balls in Bucket Boy's bucket then swap sides and play again. Good clean fun.
at 3:58 PM No comments:

Minute to Win it TV Show : Bucket Head and other fun things to do with buckets and balls

This Autumn ITV2 launch a new game show Minute to Win It. The new eight-part series, in association with Cadbury Spots v Stripes campaign, sees two popular TV hosts captain groups of friends as they compete head-to-head in hilarious and bonkers 60-second challenges using everyday household objects. You can see the official video trailer here.  But the trailer doesn't feature some of the more interesting games. So, I thought I'd cover one or two of them in the coming weeks.
Like most of these games Bucket Head requires minimal equipment, just a ping pong ball, a bucket and maybe the ability to be not too worried about loss of dignity.  Simply strap the bucket to your head and attempt to bounce the ball off the floor and a wall so that it ends up in the bucket.
When I saw the name Bucket Head I though it might be the classic but bizarre party game that goes by the same name, covered by Strange Games way back in 2006:
Bucketheads is an hilarious yet asinine game for two (or possibly more) people.

Two players place an object on the floor preferably somewhere near the edge of the room. The object can be anything that is easily recognisable.
They then go to the centre of the room and each places a plastic bucket over their heads. The bucket should act as a partial blindfold enabling each player to see some but not much of the floor. It is also quite disorientating. The players then hold hands and spin around a set number of times. The point of this is for the players to further lose their orientation and a little of their balance but not to be totally dizzy.
The race is then on to find the object first.
As well as fun to play it is also fun to observe two of your friends staggering wildly around the room wearing buckets and crashing into each other.
Even more bucket related fun can be had by playing Bucket Ball. Bucket Ball has a similar feel to Hanet Ball in the sense that the player actually stands within the goal but it is much weirder, more fun and... uses buckets.
For two competing players. At the start of the game each player stands facing the other a few yards apart. Both have placed their feet into plastic buckets, one on each foot. For children playing the game a standard bucket is usually perfect – for adult players you may need to search a garden centre for larger specimens. Players hold in their hands an equal number of small balls. The aim of the game is to throw and get as many balls as possible into either of your opponent's buckets whilst avoiding too many in your own. Players are allowed to move about so the game soon develops into tense stand offs, daring bucket-footed attacks and desperately clumsy leg movements to avoid incoming balls landing in a bucket. Any player falling over loses and once all balls have been thrown all you need to do is add up the bucket-balls to determine the winner.
at 8:02 PM No comments: 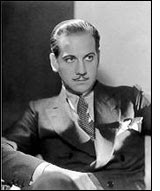 It is time once again for the tweed based jewel in the world of strange sports - The Chap Olympiad.  The Olympiad, 'a celebration of sporting ineptitude and immaculate trouser creases'  is being held this Saturday 16th July in Bedford Square, London.  Its Past events have included Cucumber Sandwich Discus alongside the regular game of Umbrella Jousting, where chaps, and chapettes, mount bicycles and using their rolled up umbrellas against each other  protected only by a copy of the Times held as a shield.
Even more exciting, this year's event contains 7 new disciplines including Butler Baiting and Shouting at Foreigners and possibly the greatest strange sporting event ever.... Competitive Swooning,  one for the ladies.
Don't miss it.
Pip pip!
Montegue

ps If you want to know whether you are a Chap or not you need to read the Chap magazine
at 8:32 AM No comments: